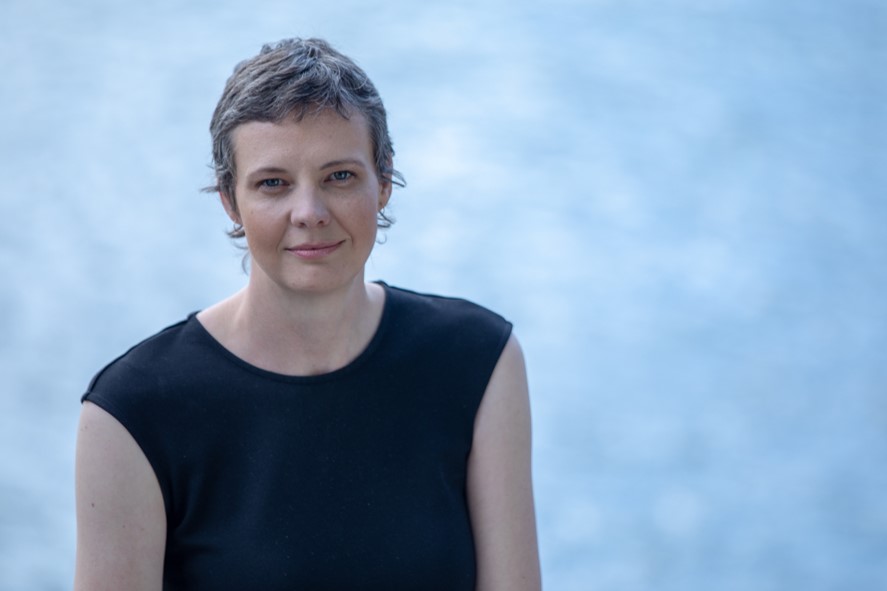 This article first appeared in Glacier Research’s Funds on Friday on 28 January 2022.

In this article, Madalet Sessions explains that the future of inflation is uncertain. Experts on the subject are divided. To help investors and advisors understand and mitigate the risks that portfolios face if inflation is higher and more persistent than what markets currently believe; she explains what history has taught us, and how any surprises may affect asset prices. Historic evidence supports a wider range of outcomes than is currently being priced into markets, which is why it is prudent to have specific strategies in place to hedge against this risk.

The future of inflation is uncertain.

Expert opinions about the future inflation trajectory are divided.

1. We have seen more inflation in the 20th century than ever before.

2. Inflation can rise even when nobody expects it to.

Figure 1: Inflation over the past nine centuries – as shown by the global median price index series (log scale)

Sources: Deutsche Bank, and Global Financial Data (GFD)
This series compiles the median price level for around 100 countries over time. At first, only the UK had available data, with Sweden next to join in 1290, followed by the rest.
Shaded areas highlight where fiat money prevailed in one important country (light grey) or on a more global basis (darker grey).

3. Market expectations are leaning towards inflation increasing rather than decreasing.

Figure 2: Market expectations of ‘extreme’ US inflation outcomes over the next five years 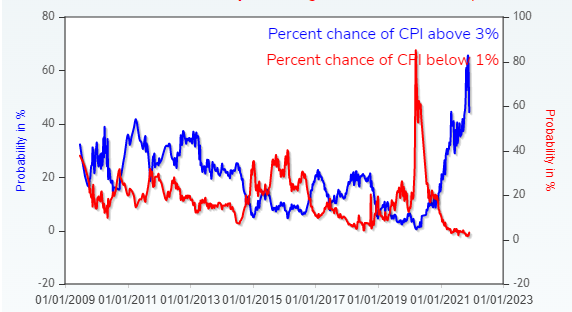 What is concerning is the narrow range of expected US inflation outcomes and the market’s certainty about these.

1. The market expects a narrow range of US inflation outcomes.

Ten years ago, the markets expected annual inflation over five years to average 1.95% – as can be seen from Table 1. Today, the mean inflation expectation is 2.91% per year.

Table 1: Recent statistics show that at the end of 2021, the market expected higher average inflation over the following five years than it did in 2011

*(In this case, it is a measure of how disperse/varied the views about expected CPI were: a higher figure means a more varied range of views.)
Source: Federal Reserve Bank of Minneapolis

2. The market is also attaching much more certainty to the expected outcome.

Apart from the mean expectation being nearly a percent higher, the much more interesting observation is how much more certainty the market attaches to the expected outcome (as shown in Figure 3 below).

Figure 3 compares the probability of market expectations today and a decade ago. The vertical axis represents the likelihood of the outcome along the horizontal axis. In 2011 there was a relatively wide range of potential outcomes, as can be seen from the flatter curve. Today, the market is much more certain (as shown by the much higher probability attached to the mean), with the range of possible outcomes a lot smaller. In December 2011, the market was 80% certain that inflation would be between -0.22% and 4.35% per year, representing a spread of ~4.6%. Today, the market thinks there’s an 80% chance that annual inflation will be between 1.71% and 4.13% over the next five years, a spread of ~2.4%.

Figure 3: According to the market there is less uncertainty about US inflation outcomes

Historical actual inflation outcomes show that inflation has not averaged below 0% over a 5-year period, but there have been extended periods of time during which inflation has averaged above 6%.

In Figure 4, the blue line shows the percentage of the time that five-year inflation was between 2-4% (in blue). It averaged about 45% of the time over the last 70-years. The orange line shows how this increased to 70% of the time from 1987-2020 after the Federal Reserve, under former Chairman Paul Volcker, changed their policy to raise interest rates to contain the inflation of the late 1970s. Inflation, in the years before Volcker, rose unexpectedly and persistently. Ending inflation required higher interest rates, two painful recessions and wide-ranging tax, spending and regulatory reform.

What you should note is the very fat right-hand tail – i.e. inflation has not (over this 70-year period) averaged below 0% over a five-year period, but there have been extended periods of time that inflation averaged above 6% – i.e. the right-hand side of the chart is ‘fat’. 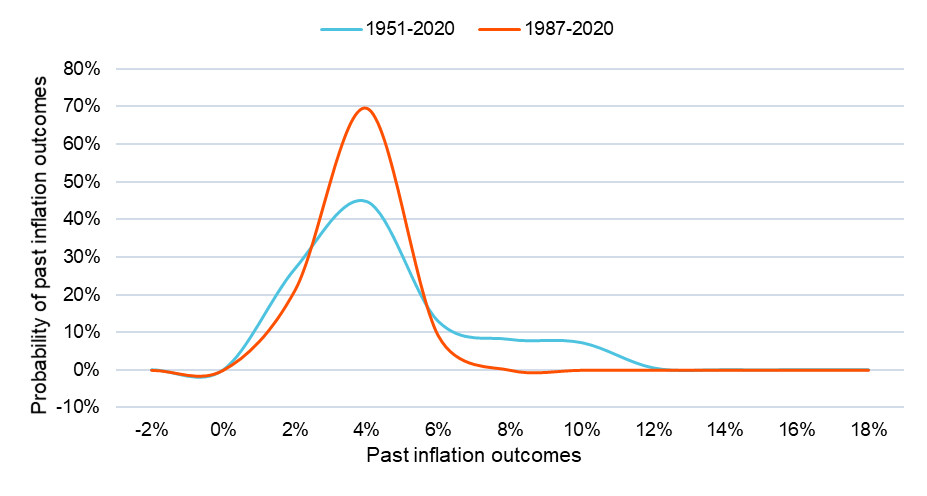 In December 2021, the market was thinking that the inflation trajectory would be unlikely to be similar to the experiences of the 1970s/80s.

The continued low inflation post Volcker has persuaded markets that inflation is not likely to be a persistent problem. The market isn’t pricing in any serious persistent inflation risks and in December agreed with the Fed that inflation would be ‘transitory’. As Oscar Wilde said of second marriages – ‘the triumph of hope over experience’.

It is much easier for there to be a surprise when there is a narrower range of potential outcomes.

It is easier to surprise the market when the market expects a very narrow range of potential outcomes since what constitutes a surprise is anything outside of that narrow range. Investors trying to protect themselves against surprising outcomes should heed the warning that asset prices will react to surprisingly high inflation, or inflation that turns out not to be ‘transitory’.

Persistent inflation is a risk worth hedging.

The information in this communication or document belongs to Denker Capital (Pty) Ltd (Denker Capital). This information should only be evaluated for its intended purpose and may not be reproduced, distributed or published without our written consent. While we have undertaken to provide information that is true and not misleading in any way, all information provided by Denker Capital is not guaranteed and is for illustrative purposes only. The information does not take the circumstances of a particular person or entity into account and is not advice in relation to an investment or transaction. Because there are risks involved in buying or selling financial products, please do not rely on any information without appropriate advice from an independent financial adviser. We will not be held responsible for any loss or damages suffered by any person or entity as a result of them relying on, or not acting on, any of the information provided. The information to follow does not constitute financial advice as contemplated in terms of the South African Financial Advisory and Intermediary Services Act of 2002 (FAIS Act). Use or rely on this information at your own risk. Independent professional financial advice should always be sought before making an investment decision as not all investments are suitable for all investors. Sanlam Collective Investments (RF) (Pty) Ltd (SCI) is a registered and approved Manager in terms of the Collective Investment Schemes Control Act.